Pearce backs Dec to bounce back 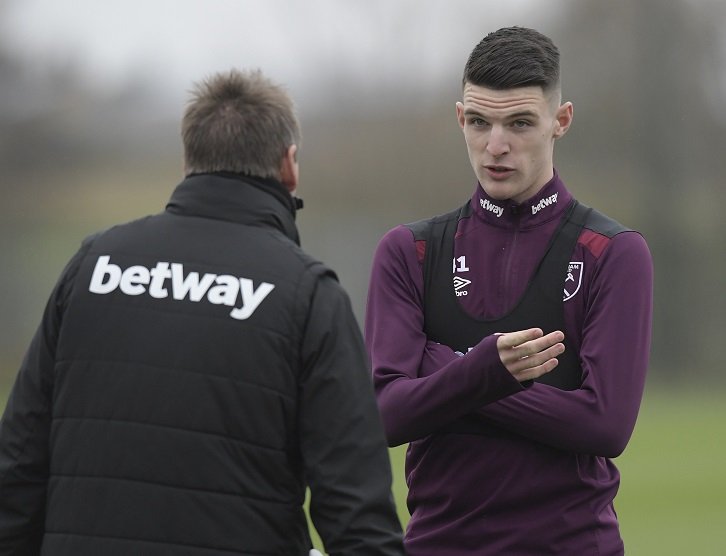 Stuart Pearce is convinced that Declan Rice will bounce straight back from his mistake against Arsenal.

The teenager has gone on the record to explain how Pearce has taken him under his wing and will have listed carefully to what he has had to say.

“The relevance to me is how you spring back from it and how you learn from it.

“I hark back to my career and in my second or third game at the start of my professional career [with Coventry City against Luton Town in 1983], I scored an own-goal and all of a sudden I thought ‘Wowee’, but it was about how I learned from it and making sure that same mistake doesn’t happen again.

“When that ball flashes across our box again, Dec will be looking to put his head and feet on everything and that’s the beauty of it. In general, his matchplay was very good and has been over the last month and a half, so he has to keep building on that and learning from mistakes.

“We face Manchester City on Sunday and we will be tested because we’re playing against an outstanding side in this division, but that’s the level you’ve got to attain to.

“There’s no point setting your standards much, much lower – you’ve got to attain to the best team in the league and try to match them equivalently.”

One comment on “Pearce backs Dec to bounce back”