Pearce comes down on Sullivan’s side 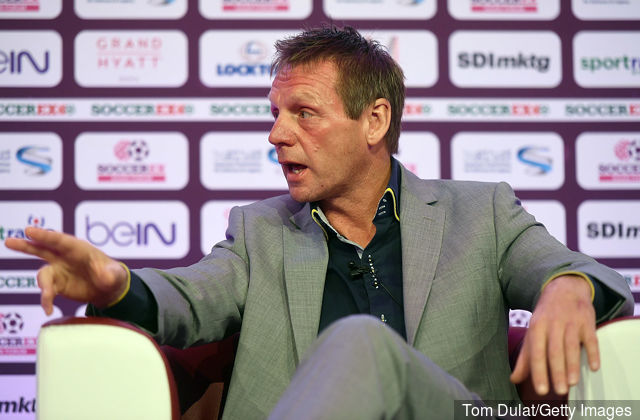 Stuart Pearce has come down on the side of chief shareholder David Sullivan over the sale of Grady Diangana to West Brom after the decision was made to sell the player.

At the time of the sale new protests arose which looked likely to develop into a full scale war against the board but in retrospect – always handy – Pearce believes it was good business.

Mark Noble was the most outspoken critic of the move claiming it was wrong and out of order to sell one of our academy products for £18 million.

Since then the manager has agreed to the sale before the deal went ahead.

Diangana – having been on loan at the Hawthorns was then manager Slaven Bilic’s most wanted player and although it didn’t go down at all well at that time a deal at £18 million was finalised.

The player had a very in and out season at the club which was eventually relegated after Slaven was sacked and another former Hammers boss, Sam Allardyce was put in charge.

Now Pearce – talking on TalkSport – per Hammers News claims the right decision was made saying: “Probably looking back at the time now it was astute finance I think.

“You know £18m for a youngster who – I wouldn’t say has been in and out of West Brom’s side – but on occasion he was in and out of the side.

“(Vladimir) Coufal coming in – (Tomas) Soucek – (Benrahma too), yep. And the impact these players make as well.

“The financial side of all clubs – and especially the climate we’re in at the moment with no crowds and stuff like that – clubs have got to be very cautious financially.”

8 comments on “Pearce comes down on Sullivan’s side”