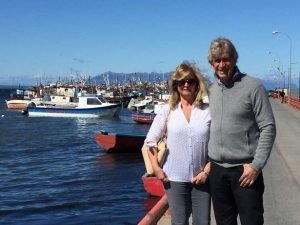 West Ham manager Manuel Pellegrini has spoken about his ordeal at the hands of armed robbers in Chile over the weekend giving his own eyewitness account.

Pellegrini said: ‘I parked the car, walked for about 40 metres, then two masked men got out of a car and jumped on my wife to grab her handbag, then came over to me and I reacted.

‘I threw myself on the guy, and that made him stop, but then he came back to me and pushed his gun on me, pointed it at me and fired into the air. The bullet hit a building. If he had pushed the gun into me first, I wouldn’t have moved. But by luck he pointed it at me but then decided to shoot it into the air, perhaps because he could hear the police running towards us, or because the other guy told him not to shoot, or because he recognised me, I don’t know.’