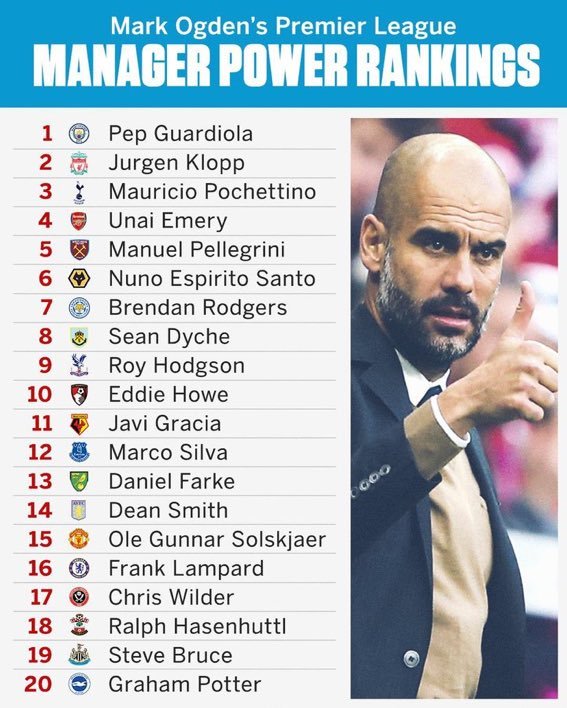 Completing the top ten is Brendan Rodgers in 7th, Roy Hodgson in 9th and Eddie Howe in the tenth spot.

For Pellegrini Ogden writing for a feature for ESPN penned:

Now managing the 14th club of his career, one that includes stints at Real Madrid and Manchester City, the Chilean has developed a reputation as a man who brings stability and order to whichever team he coaches. Three major trophies, including a Premier League title, were delivered during his three years in charge of City, and Pellegrini could be the man to take West Ham into the top seven this season