Pellegrini: The case against

Two long weeks ahead when the sniping, abuse and foul language will no doubt to rise to a crescendo!

No we’re not talking about Brexit but West Ham United where the manager and team are now accused of being useless, losing the plot and not knowing their backsides from their elbows.

Other teams are of course in a similar state – Everton, Spuds, Man United, Wolves re all trundling along on the back of results which are causing huge grief to their fans.

It’s a pretty bad situation at West Ham right now with a goal keeper who can’t keep goal, an out of form midfielder who could have been expected to return to form at any time now long term injured and a captain on whom we await the worst as far as a new injury is concerned.

But in the blog below CandH follower Zahama makes some points that are worth taking on board before we all decide to cut our throats! 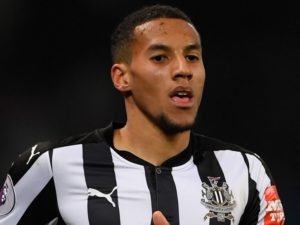 Matthew Hayden would have been a decent signing

Reluctantly I feel that if Pelle is not fired we will be relegated. He does not seem to know how to fight a relegation battle.

Most were agreed over the summer in saying that we needed a defensive midfielder with legs (e.g. Isaac Hayden) – probably much more than a Fornals type and now  Noble is injured we are really in trouble.

I know what Pelle said but unless we buy a DM in Jan we will have to call Josh Cullen back. Unless we change the way we play and battle to get some points we are doomed and I don’t think that Pelle is prepared to play that way.

10 comments on “Pellegrini: The case against”