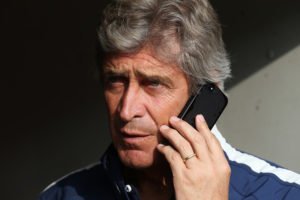 West Ham manager Manuel Pellegrini has warned “Social media must be careful.” adding that “Some rules in the future must come in this case.”

The manager was speaking at this afternoon’s Rush Green press conference to reporters today where he was asked about his view on Paul Pogba racism incident.

Twitter have agreed to meet Manchester United and Kick It Out following online racist abuse directed at Pogba. The Frenchman became the third player in a week to be racially abused on social media following a penalty miss.

In a statement, Twitter said: “We have always maintained an open and healthy dialogue with our partners in this space, but we know we need to do more to protect our users. Racist behaviour has no place on our platform and we strongly condemn it.

“Over the the next few weeks, Twitter representatives will meet with Manchester United, Kick It Out and any other civil society stakeholders interested in hearing about the proactive work Twitter is doing to address online racist abuse towards certain footballers in the UK.

“To this end, we look forward to working more closely with our partners to develop shared solutions to this issue.”

← Pellegrini in support of VAR
Lanzini wants to remain a Hammer →

One comment on “Pellegrini warns social media must be careful”