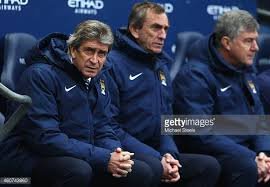 Manuel Pellegrini is expected to bring his trusted backroom team to West Ham once his appointment is announced tomorrow.

His long-standing right-hand man Ruben Cousillas from Argentina is likely to be Pellegrini’s assistant manager. Cousillas is a former goalkeeper who began his coaching career in 1991 after retiring from playing. He played for a number of clubs in his native Argentina, including San Lorenzo and Velez Sarsfield, before becoming a coach at Talleres de Córdoba and Argentinos Juniors. These experiences saw his reputation grow and he was eventually appointed as assistant manager at River Plate Chile.

He first worked with Pellegrini at Villarreal and they’ve been in tandem ever since. The rise of Villarreal remains the duo’s biggest achievement since they took a tiny provincial club to the last four of the UEFA Champions League in 2006, and broke the Madrid-Barcelona duopoly by finishing second in La Liga, a massive 10 points ahead of the Catalan giants. They also led Real Madrid to a record points total before moving to Malaga, where they guided the club to last season’s Champions League quarterfinals. He joined Pellegrini at Man City and in China.

Fitness coach Jose Cabello could also be further addition following the departure of Nick Davies last week. Cabello was part of Pellegrini’s team at Malaga but also joined him at Manchester City and in China.