PL clubs told they are living in a moral vacuum 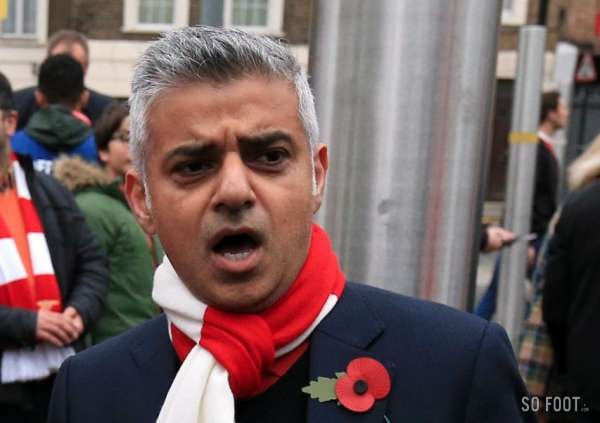 Khan: Players should be the ones to “carry the burden”

Premier League clubs have been accused of living in a “moral vacuum” and players told they should be the first  to sacrifice salaries during the coronavirus pandemic, say politicians.

A BBC report at https://www.bbc.co.uk/sport/football/52120578 says that  Julian Knight, chair of the Department for Culture, Media and Sport committee, has condemned the actions of some Premier League clubs, who have furloughed non-playing staff.

Tottenham, Newcastle and Norwich have opted to utilise the government’s job retention scheme during the pandemic.

“It sticks in the throat,” said Knight.

“This exposes the crazy economics in English football and the moral vacuum at its centre.”

Mayor of London Sadiq Khan told BBC Radio 5 Live that top-flight players should be the ones to “carry the burden”.

“My view is always that those who are the least well-off should get the most help,” he said.

“Highly paid football players are people who can carry the greatest burden and they should be the first ones to, with respect, sacrifice their salary, rather than the person selling the programme or the person who does catering or the person who probably doesn’t get anywhere near the salary some of the Premier League footballers get.

“It should be those with the broadest shoulders who go first because they can carry the greatest burden and have probably got savings, rather than those who work in catering or hospitality who have probably got no savings and live week by week and who probably won’t get the [government] benefits for five weeks.”

The Coronavirus Job Retention Scheme means the government will pay staff placed on furlough – temporary leave – 80% of their wages, to a maximum of £2,500 a month.

Knight is concerned that the scheme is not being used in the appropriate way.

“This isn’t what it’s designed for. It’s not designed to effectively allow them to continue to pay people hundreds of thousands of pounds, while at the same time furloughing staff on hundreds of pounds,” said the MP for Solihull.

“I don’t know whether or not the Treasury can legally turn down these applications.

“But at the same time I think football needs to have a good, long, hard look at itself and see whether or not morally this is really right and whether or not actually what they need to do is come to an arrangement with some of their stars so they can continue to pay their [non-playing] staff 100% of their wages rather than furloughing them on 80%.”

While some clubs have opted to use that scheme, a number have taken other steps to reduce their costs while football is suspended during the pandemic.

HOW DO YOU FEEL ABOUT THE GAME AT THE MOMENT: VOTE IN OUR POLL AT  https://www.claretandhugh.info/poll-have-you-had-enough-yet/?fbclid=IwAR3XQJFTvlemIqVs3egeiB4NQZVnIBz8RTQyEKBpYsebL9eVpi2nqU-YuK4

ClaretandHugh says: It’s absolutely impossible to disagree with any of that. Most believed it was unquestionable that players would be giving up their salaries or a large part of them with the pandemic engulfing the globe. But no, apart from a spattering of clubs lead by Barcelona it hasn’t happened. And the boss of the players union here Gordon Taylor has shown no willingness to take it on board. Unless the players take a cut across the board regardless of the Tarlor world and the PL stop taking any sort of risk with the national health by coming up with a season end plans to save finances, this game will fall into disrepute even among the diehards. It’s all well and good to say it’s in our blood and all will be well but when in the middle of a pandemic it is indeed making itself immoral. Right now the money doesn’t matter.