James Tarkowski is reported to be open to a potential move to the Hammers.

The London Evening Standard reports that the Burnley central defender remains keen on a potential move to the London Stadium, having previously been linked with the club in prior transfer windows. 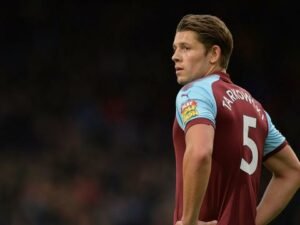 Tarkowski has a contract that expires at the end of the season but it seems that Burnley’s asking price could well scupper any chances of a move.

The club are said to value him at £20m, a price that could well put the Irons off given that he could be available for nothing in the summer.

Tarkowski has also been linked with Newcastle, a club who are newly-minted and could well look to complete a swoop when the winter window opens to strengthen their squad and boost their chances of survival, weakening a rival in the process.

The 28-year-old has been with Burnley since 2016 and has made a total of 194 appearances for the club, while also winning two caps for England.