PL fears will grow as Dutch league bites the dust 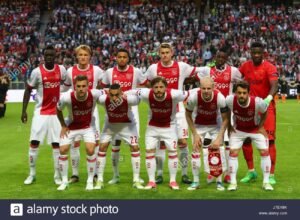 Ajax will miss out on a possible title

The Eredivisie – the top tier of football in the Netherlands – has been abandoned for the season with no title winner and no teams relegated.

And that may well be a sign of things to come in the Premier League although the Leagues hands in the Netherlands were tied by the government which abandoned major events until 1 September.

Just as is the case in the PL there were nine games left to play but earlier the Dutch football’s governing body the KNVB said “it has become impossible to play out the 2019-20 season”.

It will come as a huge worry for the Premier League who are deeply concerned about the huge amounts of money it will miss out on from TV should the UK government go the same way.

The Dutch government’s approach means that there has been no suggestion of behind-closed-doors games being played which in the UK many fans are opposed to anyway.

And earlier today West Ham’s striker Sebastian Haller made it clear he was no fan of that idea, probably giving the view of many colleagues.

In the Dutch league Ajax led the table from AZ Alkmaar on goal difference with nine games left but will not be named champions.

Both Ajax and AZ Alkmaar will go into the Champions League qualifying stages, pending ratification by Uefa.

No sides will be relegated or promoted, meaning Cambuur – who topped the second tier and held an 11-point gap over the play-off positions – will not go up.

The KNVB added: “The KNVB is aware that whatever decision had to be made, every option would hurt somewhere.

“It will be crystal clear to everyone involved, from supporters and players to directors and referees, that public health always comes first.