Play “with head not hearts” plea to Irons squad 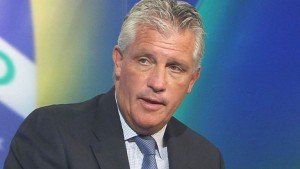 Tony Gale knows all about playing in a poisonous atmosphere as he demonstrated during the demonstrations against the Bond Scheme in the 90s.

And he has told the Hammers squad have to be men about things at the London Stadium today and play with their heads not their hearts.

And he has no doubt the fans will react the right way this afternoon declaring: “The fans will surprise everyone and get right behind the team, turning a poisonous atmosphere to their own advantage and unsing it against Southampton who will turn up hoping to exploit the divides

Speaking to the Sun he said: “There is more than enough ­individual talent in the squad to keep them up, but there will be extreme ­pressure on them.

If they get sucked into the wider issues in the stands and at the club as whole, it might make them think twice before making a split-second decision.”

He added: “And if they do that, it might lead to drastic consequences in terms of the result. They have to hit the ground running. Nothing less than 100 per cent right from the start but with energy channelled in the right direction.

I experienced this kind of thing back at Upton Park in 1992 with the hated Bond Scheme. The players have to be men about it and play with their heads and not their hearts.

West Ham have had three weeks to prepare for this game tactically, so what they need is a cool team-talk from the manager before kick-off and Noble to lead them in the same manner during the game.”