Player investigation will wait until next week 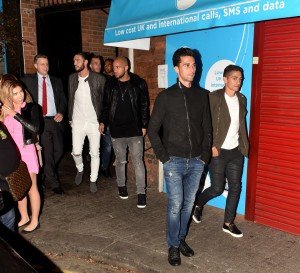 Saven Bilic has confirmed to reporters that the squad’s Monday night out was his idea but the club will wait until next week to investigate players who may have crossed the line by staying out until dawn.

The manager said: “It was completely my idea. After the Southampton game we had a big meeting, and at the end of the meeting I told Mark Noble, the skipper, to take the guys out to dinner.

“To spend time together is always good. I’ve been there before, it’s definitely a good idea and good to do it.”

“There have been some rumours and all that but it’s private, it’s not proven, we are going to see what happened. I spoke to the chairman, but of course I’m totally concentrated on the game on Saturday. After the game, at the start of next week, we are going to talk about it and if necessary we are going to act.”