Players head off to Switzerland

Posted by Sean Whetstone on July 1, 2019 in News, Whispers 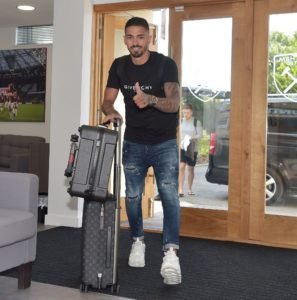 West Ham first team players will head to Stansted Airport, from where they will fly to for an intensive eleven-day training camp, which will culminate with a friendly match against Austrian top flight outfit SCR Altach a week on Thursday.

Javier Hernandez was a noticeable absentee in the photos and video but we have been told he is there but was just having a bad hair day with his orange hair so his photos weren’t used.

The squad are likely to be staying in the Grand Resort Bad Ragaz in the northeast section of Switzerland, also known as Heidiland.

Following a gruelling training programme, the camp will culminate with a friendly fixture across the Austrian border against SCR Altach on Thursday 11 July, with kick-off at 5.30pm local time.

2 comments on “Players head off to Switzerland”