Posted by Sean Whetstone on September 27, 2016 in News, Whispers 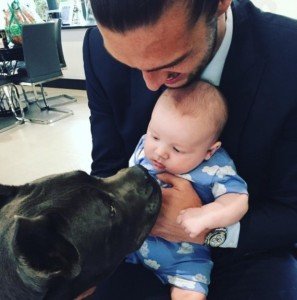 Slaven Bilic’s future is coming under increasing pressure with concerns growing about relaxed standards at the club’s training ground claim the Daily Mail this morning.

The newspaper claims that West Ham players have been allowed to bring their children to training and it has led to concerns about a soft environment at the Hammers state of the art training facility at Rush green.

The initial report by the Mail suggested that players pets were welcome at training sessions too but this has since been removed from the story possibility suggesting the club denied those claims and asked for a correction.

David Sullivan and David Gold  issued a statement yesterday following the 3-0 defeat to Southampton that they are ‘doing everything they can’ to fix a situation that sees the club in the relegation zone with just three points from six games.

A West Ham United spokesperson told ClaretandHugh “We categorically refute the claim that there are concerns with standards at the club’s training base Rush Green.”

Slaven Bilic said, “I said at the beginning of the season, when we moved into our newly refurbished training ground, that I wanted to create an environment where players felt comfortable spending time there before and after training, and would be happy to bring their kids sometimes. I am completely content with the balance of hard work and the welcoming environment of Rush Green Training Ground.”