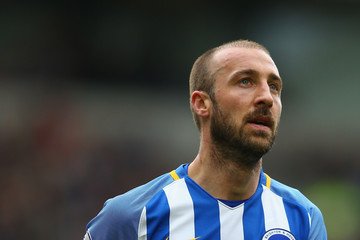 Premier League clubs are claimed to be holding meetings with their squads which could hold the key to whether the season is brought to a close or not.

According to the London Evening Standard the 20 clubs will meet again on Friday or Monday — depending on the Government’s planned review of the lock down measures — for a  vote on whether to complete the season at eight to 10 neutral venues.

Monday is the more likely days with the Prime Minister reportted to be holding a prime Time TV broadcast on Sunday explaining the Government’s way out of lock down.

The report says that before then, clubs will gauge the views of their players over a return to action, while the Premier League are set to lobby the players’ union, the PFA.

Manchester City’s Sergio Aguero and Brighton’s Glenn Murray are already among those who have expressed their doubts about aspects of ‘Project Restart’ before last Friday’s meeting of clubs, and the PFA are planning to advise all members against playing if they feel unsafe.
Significantly these are players from the higher and lower placed clubs in the League and it which flies in the face of those top level outfits who claim the bottom six are sabotaging the games conclusion this season.

Tottenham captain Hugo Lloris has spoken out  speak out in favour of completing the season in much-changed conditions.

“We are in a situation where everyone wants to finish,” the France skipper told L’Equipe: “It would be terrible if everything ended like that, nine games before the end of the Premier League. It would also be cruel for Liverpool, with the lead they have. There would be a taste of unfinished business.

“Nobody wants it to end like this. Everyone has to find the right compromise between health above all else and the need to finish this season.”

ClaretandHugh says: With neither the chairmen, League itself or the government wanting to be seen as the bad boys who stop Project Restart, this is the way out of a dilemma for the three of them. And it’s the RIGHT way out because until now the players who actually have to go out there and do it have been little more than a passing afterthought so far. The neutral ground issue is huge and may yet stop it but that could be forestalled by a players vote on the issue and in our view that has to happen. We often see our millionaire players as belonging to some alternative universe who are unaffected by goings on in the real world. But these guys HAVE to be given the right to decide or otherwise. They run the same – and possibly higher health risks – as all of us and have families that will and always should come first. There’s should be the most significant voices of all.

One comment on “Players may make Project Restart decision”