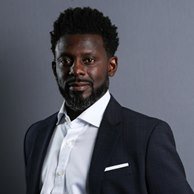 Michael Bennett – who looks after Player welfare for the PFA

More and more players are seeking mental health support as a result of the current health issues in the United Kingdom.

And that can only be a worry as the game attempts to get back to normal with the participants suffering anxiety and depression problems which will perhaps remain a hangover from the lock down they and we have suffered after such a shocking break from theirs and our normal lives.

The Premier League chairmen meet on Friday in a bid to find a way of getting things restarted but whilst they are being hit by practical problems, those affecting the players are of far more importance.

They are clearly suffering the sort of troubles we all are but many of them are likely to be expected to go back into action, fighting  vital promotion and relegation issues with minds still possibly troubled from self isolation and all that’s gone with it.

In the first quarter of this year, the Professional Footballers’ Association said 299 players had accessed support, compared to 653 in the whole of 2019.

PFA director of player welfare Michael Bennett said he is “worried” now the situation has “hit home” for players.

Some have financial worries, while there are also concerns over gambling.

He is reported by the BBC as saying: “When you’re used to a particular structure and you’re not able to follow that, and you’re stuck in day in, day out – I’m concerned about players emotionally and mentally.

“It’s key for them to understand that when something doesn’t seem right that they seek the relevant support.

“We had an idea that the first week or two would be a bit of a honeymoon period, where people would be at home and spending time with the family.

“But we always thought the longer it went on that’s when it would hit home.”