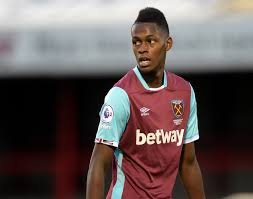 After a long spell out injured he comes under the spotlight today retaining his place on the team after an impressive performance against Southampton after coming on for the injured Antonio.

40 – Makes a successful one-two with Kouyaté in midfield

Verdict – 5 – He had a great chance today to follow up from a great performance last week but he did not grasp it at all. The Chelsea midfield over-ran him and for most of the match he was ball watching. While not awful he did not contribute in midfield as much as Mario, Kouyaté or Noble and was sacrificed to accommodate another attacker being Chicharito.