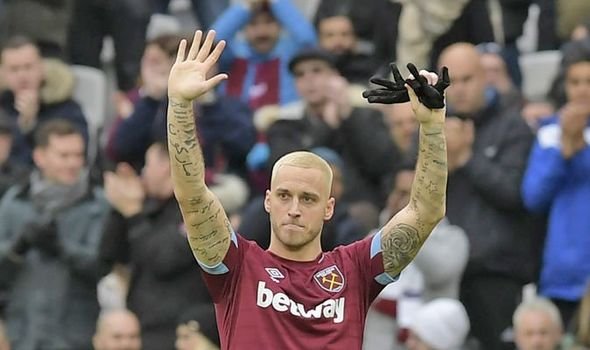 The Chinese bound striker told Arthur Masuaku’s  Instagram account that were the Irons to want him he’d be more than happy to return.

But two thirds of those voting in a ClaretandHugh poll told the Austrian in no uncertain terms he really isn’t wanted.

The poll was accompanied by many comments – some unprintable – reminding him and his brother/agent of their dreadful behaviour in forcing a move from the club.