Poll Result: Should Kouyate have been allowed to leave? 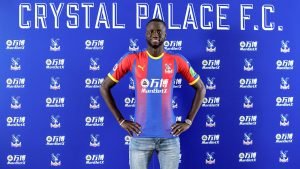 Cheik Koutaye’s departure from the club came as no shock to most but was it a good idea to let him leave at this stage?

It’s true that he hasn’t exactly the set the world on fire over the past season or two and that many thought it would be a good idea to move him on.

And with Palace apparently the only club interested in taking on the central midfielder the final fee fee was lower than some would have liked at £9,5 million plus various add ons.

Given all of that ClaretandHugh decided to run a poll on whether or not he should have been allowed to take his chance  and the result showed that most were in no doubt that his London Stadium exit was for the best.

Those believing he should go –  81 per cent

Those he should have stayed  – 19 per cent