Poll: Will West Ham win, lose or draw against Burnley?

Posted by Sean Whetstone on November 8, 2019 in News 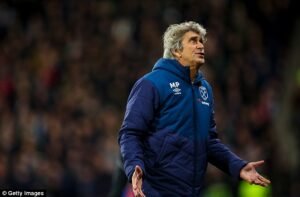 West Ham and Burnley have played each other 88 times since 17th November 1923. That first game in the old money division 1 ended up a 5-1 loss for the Hammers.

West Ham have won 37 games, lost 33 games and drawn 18 games against the Clarets since that game almost a century ago.

The Hammers biggest win came in 1968 when they defeated Burnley 5-0 at the Boleyn Ground with Trevor Brooking and Geoff Hurst getting two apiece and Martin Peters getting the fifth goal. Away from home our last win came in 2017 when goals from Andre Ayew and Sofiane Feghouli ensured a 2-1 victory at Turf Moor.

Today we ask whether West Ham will win, lose or draw at Turf Moor tomorrow afternoon.