Poll: Will West Ham win, lose or draw against Fulham? 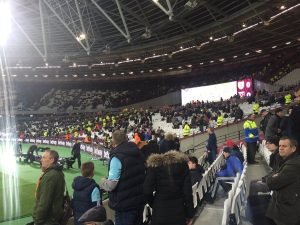 West Ham are looking to complete a league double over Fulham for the first time since 2009. Fulham are winless in their last nine Premier League away games against West Ham (D4 L5), since winning their first such game back in November 2001 (2-0).

West Ham are looking to win three home Premier League London derbies in a single season for the first time since 1999, having already beaten Crystal Palace and Arsenal at the London Stadium this season.

Fulham have taken just one point from their last 36 available in Premier League London derbies (W0 D1 L11), losing a top-flight record eight in a row.

In today’s Claret and Hugh poll we ask whether the Hammers will win, lose or draw against Fulham on Friday night?