Poll:Would West Ham have won, lost or drawn against Chelsea? 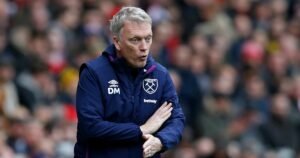 West Ham were due to play Chelsea this weekend at the London Stadium.

With football suspended across Europe for the foreseeable future, we at Claret and Hugh are pretending we are in the build-up to the Premier League London Derby anyway.

In today’s Claret and Hugh poll we ask you for your predicted scoreline had the game gone ahead.

Hugh will bring you a match report on Saturday, we will give our imaginary player ratings and cover David Moyes non-existence pre and post-press conferences.

Humour us by playing along……

← Video: Kriss Akabusi : If I were Moyes
Chairmen look for answers at major Friday meeting →
Click Here for Comments >