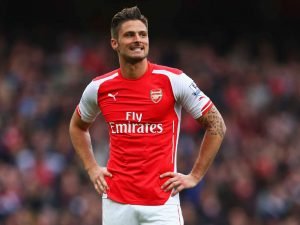 Arsenal are said to be close to agreeing on a deal to sign former West Ham transfer target Alexandre Lacazette from Lyon.

Lacazette’s move is expected to be for a club-record fee of around £50m. Last season Lacazette was at his most prolific as he found the net 28 times in Ligue 1, a tally bettered by only Paris St-Germain’s Edinson Cavani, with 35.

The move should free up West Ham to speak to the Gunners about signing Giroud who is said to be keen to stay in London despite interest from Everton and Lyon.

Lyon President Aulas has said in a press conference on Friday

“We have never discussed an exchange with Arsenal for Olivier Giroud with Alexandre Lacazette.”

“He might also be settled in London and if that is the case, West Ham have a good link with Arsenal and if he wanted to stay in London that could be a good opportunity for West Ham to get a very good striker.

“I could see it happening but you have to think whether the player believes he is capable of playing for a top-six club and West Ham are not a top-six club. It’ll be a case of whether West Ham can convince the player to join them.”
Permalink