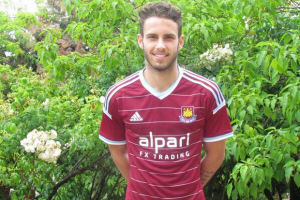 West Ham and Diego Poyet have agreed to terminate the midfielder’s contract by mutual consent. The 21-year-old departs the Hammers having made ten appearances in all competitions in his two years in East London.
Poyet, who was signed from Charlton Athletic, is now free to join another club outside the transfer window.
“I have enjoyed my two seasons with West Ham and would like to thank the Club for giving me the opportunity to fulfil a dream of playing in the Premier League,” he said. “However, following discussions, it was agreed that we would mutually terminate my contract to enable me to continue my development elsewhere.”
Everyone at the Club would like to thank Diego for his hard work and commitment and wish him every success in the future a statement on WHUFC.com read.
Permalink