Poyet: It was a no brainer to join Irons 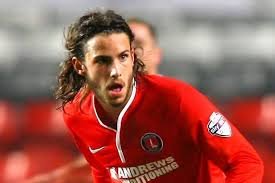 Irons  new boy Diego Poyet  has described his decision to sign for West Ham as a ‘no brainer.’

The former Charlton Academy product is an exciting signing for the club and in an interview with West Ham TV and published at www.whufc.com  he has spoken about what the move means to him.

Having joined the first team squad at their French training camp the midfielder declared:  “It’s a great club to be at and I know a few of the boys here already.

“It was a no brainer to sign, I wanted to come out here to the training camp as soon as I could and I’m grateful that they’ve had me here.

“It’s massive to come to a Premier League club. It’s what I wanted to do – I wanted a new challenge and soon as I heard there was a chance of stepping up I had to take it.

Son of Sunderland boss Gus Poyet he has his eyes on one fixture in particular next term.

He continued: “I’ll be looking out for the Sunderland game. I watched West Ham play them towards the end of last season, West Ham won and I’m not sure my dad was too happy about it.

Poyet describes his role as a destructive one and he is hoping to feature in the Hammers’ first friendly of the summer at Stevenage on Saturday.

He added: “I’m a defensive midfielder who likes to break up play, pass the ball around and get about the pitch.”

“I like to help the defence as much as I can, do my job and help the team to win.”

← Sullivan hits out as clubs move in on Oxford
Reid: No Arsenal bid but “fantastic Irons offer” →
Click Here for Comments >