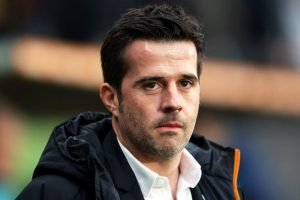 Fulham boss Marco Silva may be ready to stage a double swoop on West Ham with the winter window now open.

The Craven Cottage manager remains keen on his former Olympiakos player Arthur Masuaku and an offer is expected from the newly promoted boss.

There is also speculation that he may be ready to take Ryan Fredericks back to south west London following his departure from the London Stadium as he looks to overhaul his squad.

And we have learned that he is something of a fan of Said Benrahma and will wait to see what happens on that front as the window progresses.

Various insiders have made it clear over recent weeks that Moyes is open to selling the Algeria international and it has been suggested that his former club Brentford are one club that would be interested.

However, we have learned through an agent that Silva is watching the situation and could be ready to launch a bid of £12m – £15m.

Moyes, though, with a paper thin squad may choose to wait until winter or next summer before  releasing the 26 year old.