Premier League could be suspended after player tests positive 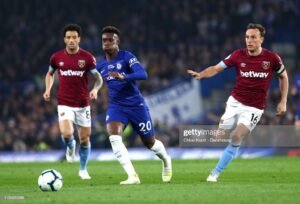 Chelsea player Callum Hudson-Odoi had a positive test result for Coronavirus returned on Thursday evening. Chelsea’s official website says club personnel who had recent close contact with the player in the men’s team building will now self-isolate in line with Government health guidelines. These will include initially the full men’s team squad, coaching staff and a number of backroom staff.

Chelsea’s game against Aston Villa will almost definitely be postponed but the likelihood is that the whole Premier League will be suspended following the emergency meeting.

West Ham’s game against Wolves was supposed to go ahead on Sunday but that fixture must not be in serious doubt.