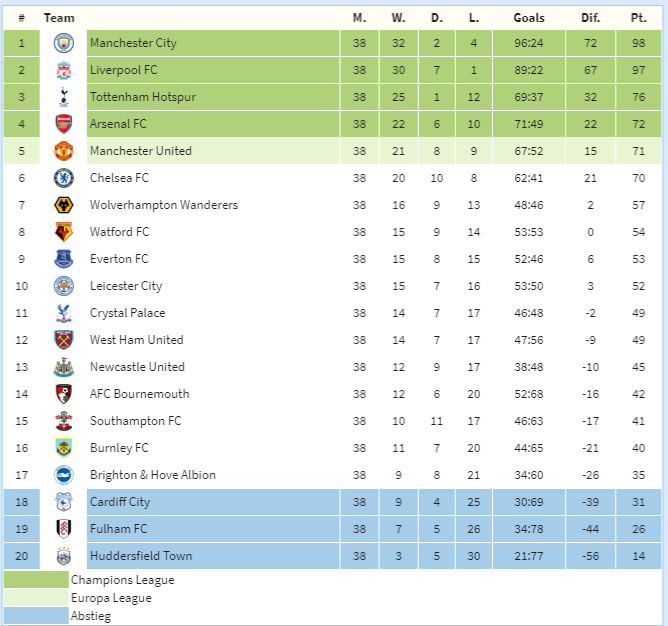 It would mean that the Hammers would earn 49 points with a goal difference of -9 finishing behind Wolves 7th, Watford 8th, Everton 9th, Leicester City 10th, Crystal Palace 11th with Newcastle in 13th place four points behind us.

The calculator suggests Manchester City will pip Liverpool to the Premier League title by one point with Spurs finishing third and Arsenal in fourth for the Champions League qualifying place.

With just two games to go, you can fill in your own predicted final Premier League table by filling out your predicted scores for the remaining games in the World Football Calculator link below

← Tevez saga comes back to haunt Hammers
Report: Hammer closes in on permanent move to Bundesliga →
Click Here for Comments >

One comment on “Premier League position re-calculated after Spurs win”