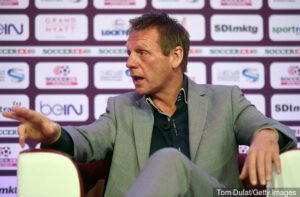 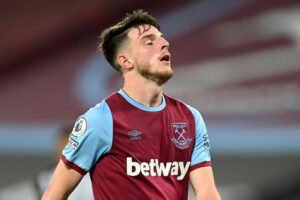 Declan Rice has been urged to become a West Ham icon and snub any chance of moving on to a bigger club.

‘Psycho’ proved how to become a legend in the game by captaining Nottingham Forest for 11 years and winning 78 caps for England.

Two League Cups and an old Division One trophy were among his haul of silverware — but to some of us he will always always be remembered as the fourth of the England lions.

Pearce, 58, believes in following your heart and not always your head to get the best out of your time as a player.

He said: “Put it this way, I’m probably testament to that. I played my football where I enjoyed playing football and turned money down to stay where I was happy.

“My biggest driver was probably playing for the national team. I get the same impression now with Dec — he is intensely proud of representing England.

“He’ll make his own decisions but we are lucky at West Ham to have a current captain called Mark Noble who has been here for a number of years and has shown great loyalty to the club.

“I like to think Dec will be at West Ham for years to come, leading the club on to success.”
ClaretandHugh says: Well that needed saying and it couldn’t have been said by a more appropriate person. Psycho was a heroic figure to most of us who remember him in his England glory days and the game hasn’t changed so much that his words can be described as meaningless. In the end, it all comes down to what you want from your footballing life; money or legendary status. Let’s pray Dec – who has shown absolutely no signs of wanting out of our great club – is after the second as a Hammer. We have been fortunate to see the rise of this young man from the academy to the global status he now enjoys in the game and that he should be encouraged by one of the game’s legends to follow in his footsteps is exactly the right sort of stuff to wake up to on a Saturday. Listen to Psycho Dec, he knows the score.
Permalink

3 comments on “Psycho tells Declan to become an Irons icon”