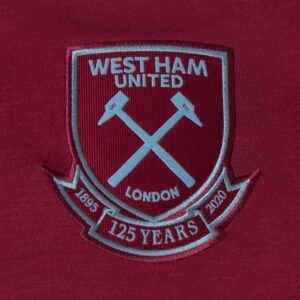 The release of the West Ham 2020/2021 home kit has got supporters questioning a pledge made by Karren Brady back in 2018 when she promised to look again at the  Hammers crest ahead of the 125th anniversary.

In the letter, Brady proposed the below:

1. We commit to recognise the former 1999 crest as well as others throughout  our history, both on a permanent basis at the Stadium, within the matchday programme and on a matchday as detailed above.

2. We commit to consult suporters over the summer once again ahead of the 125th anniversary celebrations to devise a commemorative crest that reflects all aspects of the rich history of the Club that can be used throughout that season in a similar fashion to the Farewell Boleyn logo in the 2015-16 season.

3. We will then consult supporters regarding a potential permanent evolution of the badge ahead of the 125th anniversary.

Supporters have been quick to point out that there has been no known consultation to their knowledge regarding a potential permanent evolution of the badge as described.