Slaven Bilic has to decide whether to retain Darren Randolph in goal for the visit to Blackburn Rovers this weekend and whether the No 2 keeper keeps his place beyond that should we progress.

ClaretandHugh is currently  running a poll on the issue @https://www.claretandhugh.info/poll-should-randolph-retain-his-place-for-fa-cup-run/

Here’s the early feedback from readers: 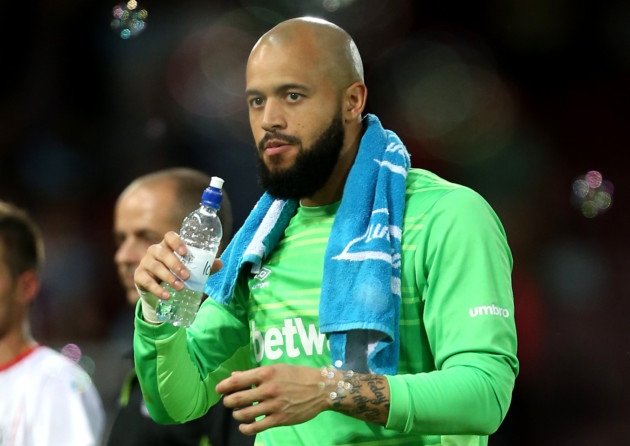 O Randolph should keep the shirt for FA Cup games as far as I’m concerned. He’s shown himself more than capable and Slav should have faith in him however far we go.

O I don’t see a lot between either keeper. Randolph should get the slot right the way through to the final if we get there. Adrian gets the vast majority of games as 1st choice in the league. If Adrian gets itchy feet, then I see that as churlish and ungenerous; not exactly playing for the team. Randloph is that good that I feel Slaven should rotate them anyway.

O If we get as far as the semi or final and Randoph has got us there I thnik it would be very wrong to punish him and remove him for those games. I think Adrian is a fantastic goal keeper but so to has Randolph been and Bilic would need to show some loyalty and reward to Randolph for a job well done.

O If he doesn’t get get game time what’s the point of him hanging about? He has his own ambitions for the Euro’s etc.Not playing for us could affect these ambitions and he could well be off.Make no mistake; teams will be sniffing around him.

O I think its an absolute liberty to take this opportunity away from him. He has worked hard after a shaky first game for us to prove his quality and earn his place as our cup goalkeeper.