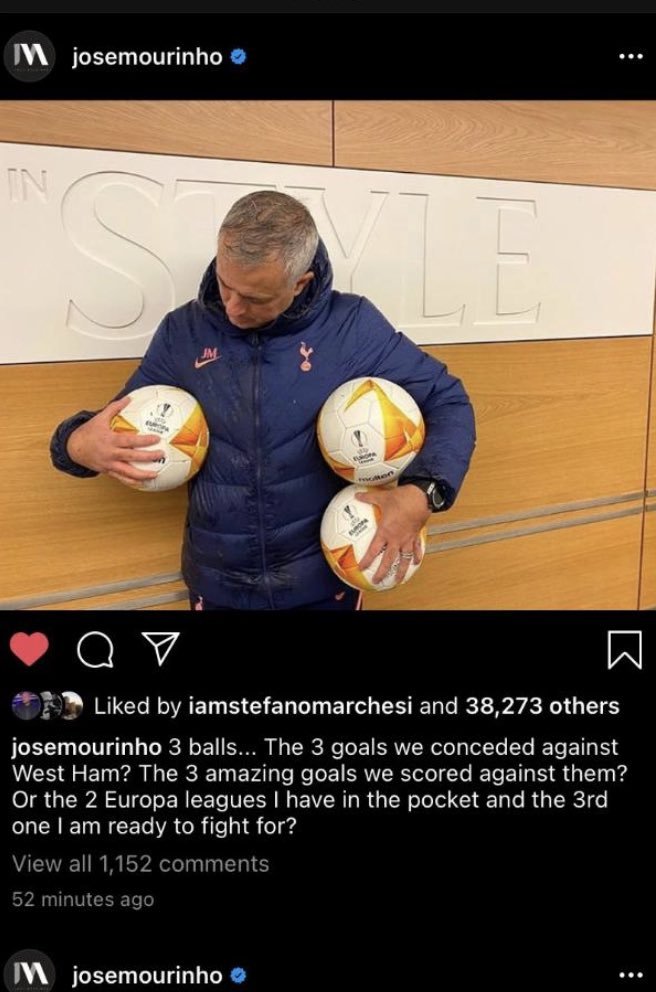 Spurs manager Jose Mourinho still seems to be upset by West Ham’s comeback and is rattled enough not to let it go without a snipe on social media.

The self-styled special one posted a photo of him with three footballs with the caption ‘3 balls… The 3 goals we conceded against West Ham? The 3 amazing goals we scored against them? Or the 2 Europa leagues I have in the pocket and the 3rd one I am ready to fight for?’

After the game, Jose said through gritted teeth “In the end, they were lucky, but they fought very hard to be lucky so I praise them… David has found in [Tomas] Soucek his new [Marouane] Fellaini”

With such smug remarks like that lets hope Spurs and Jose get knocked out of the Europa League this week before he gets a chance to add a third one.