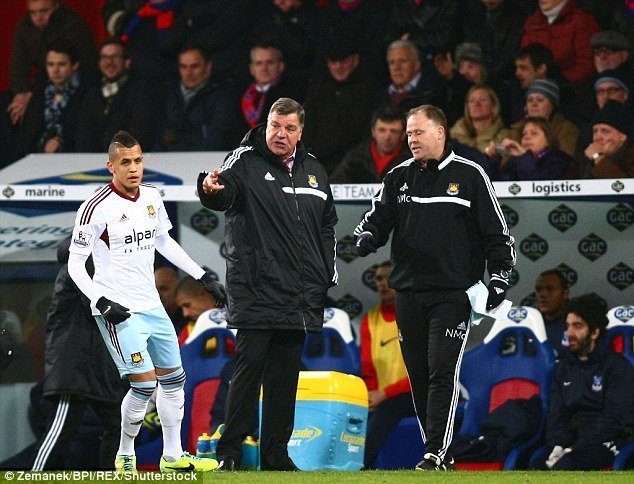 The former Irons midfielder’s big pal Jermaine Tennant claims the former Hammers midfielder has proof of the conversation between himself and Allardyce when he requested a pay rise.

He asaid: ““I heard Ravel went into Sam’s office and recorded Sam without him knowing so he could prove what was happening.

And he added the allegation “Sam told him if he would sign with Mark Curtis then he would get him a good deal. Ravel was really unhappy at how he was treated.”

ClaretandHugh was given the same information of a tape soon after the initial story broke but we were advised not to run the story  at the tim for legal reasons and stress that they remain allegations at this stage.”

Morrison, now 23 and playing for Italian side Lazio, posted a cryptic tweet after Allardyce quit last week, saying: “No1 listened to a word I said.”

Allardyce  also faces damaging claims he dropped Morrison back in 2013 after he had  he refused to join his controversial agent former mobile phone salesman Mark Curtis.

Pennant added:  “You have to ask yourself, ‘Why did Sam want Ravel to sign with Mark?’ Mark seems to represent a lot of players who are with Sam.”