Harry Redknapp insists that the best youngster he has ever seen is Joe Cole, when he was on the books at West Ham.

The former England international went on to play 182 times for the Hammers, scoring 18 goals and laying on eight assists. 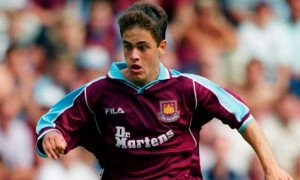 He was part of the so-called Golden Generation of Irons, and went on to join Chelsea in 2003, when he was just 21.

Redknapp was a guest on Cole’s own podcast and spoke about the first time he saw the ex-Hammer play, back when he was Irons boss.

He said, as per Football.London: “I remember the first time I saw you play Joe, I will never forget it.

“We turned up and we played Norwich at Chadwell Heath and you were playing, but it was probably a year or two older than you even. I stood there with Alan Sealey, who scored two goals in the Cup Winners’ Cup final, Peter Brabrook, Frank [Lampard], we stood there, and after ten minutes I’ve gone ‘who’s this kid?’

“It was unbelievable and I’m not just saying this because you’re here, but you were the best young player I had ever seen. You were the best schoolboy footballer I’ve ever seen. I’ve never seen a kid with your ability, who was as good as you.”

Cole went on to have a glittering career, playing 281 times for Chelsea and winning 56 caps for England.

He won three Premier League titles, three FA Cups, and two League Cups, while scoring one of the best goals for the Three Lions at the 2006 World Cup against Sweden.