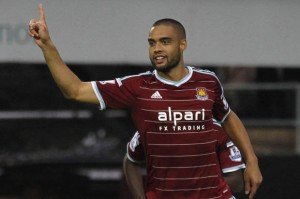 Winston Reid is today being linked with a move to Spurs – the third club in as many months!

Nothing has ever been very clear in this saga but ClaretandHugh has learned that it may be an unlikely story as the North Londoners aren’t noted for paying the highest wages and have 14 defenders on their books already.

A leading agent told us today: “The top whack at white Hart Lane is about £62k a week unless you are Gareth Bale! They’d have to rate him very highly to go there. It looks highly unlikely”

“I think there was some interest when Tim Sherwood was in charge but it seems unlikely now. They do after all have 14 defenders!

The Mirror is reporting that Spurs “have made a stunning offer” for the 26 year old and are hopeful of tying up a summer deal when he is on a free transfer.

However, we were immediately told by a top Hammers source ” There has been no bid for him from anywhere. It’s news to us!”

Slowly, it seems, the odds may be shortening on him signing a new deal with the Irons!