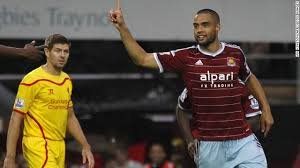 Highly placed West Ham sources have dashed hopes that Winston Reid’s decision to become involved in a London property owning venture necessarily means he has decided to commit to a new long term deal at the club.

The central defender was last night reported as having become a co owner of the Lincoln Plaza development on Canary Wharf.

And that immediately sparked optimistic discussion across the forums that he had decided to perhaps accept the six year deal put in front of him by the Hammers board.

But a club source told ClaretandHugh: “Winston sees property owning  as sensible investment and unfortunately nobody should read nothing into this at all.

“I can’t see it meaning that he has necessarily made up his mind to stay. He can own property as a commercial venture and play his football anywhere.

“It would be foolish for anyone to get their hopes up on the basis of this particular story. In  itself it means nothing”