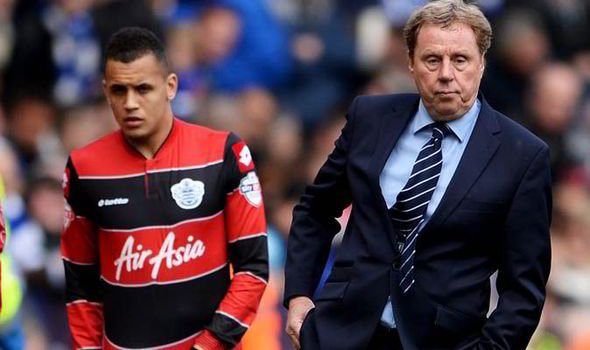 Harry Redknapp looks all set to offer Ravel Morrison a “home” if the Hammers decide they want to let him out on loan again.

Ravel is currently training with the Hammers under 21s and such is the form of the first team an immediate return is highly unlikely.

However, as reported yesterday by ClaretandHugh, co chairman David Gold is keen to see the midfielder settle down and demonstrate that he has a future at Upton Park.

In the meantime Redknapp has made it clear he won’t rule out a loan move saying: ” We can’t buy anybody, we are looking at a few loans that can help the team, help the squad.

“He is one that someone has mentioned to me and he is one we could be interested in – if West Ham want to release him.”

He added on TalkSport:  ” I like Ravel. He came last year and I didn’t have any problems with him. There has got to be a problem with Ravel if Sir Alex Ferguson can’t deal with him and Big Sam [Allardyce] can’t deal with him, so he needs to sort himself out. But he is a real talent and when he was with me he was as good as gold