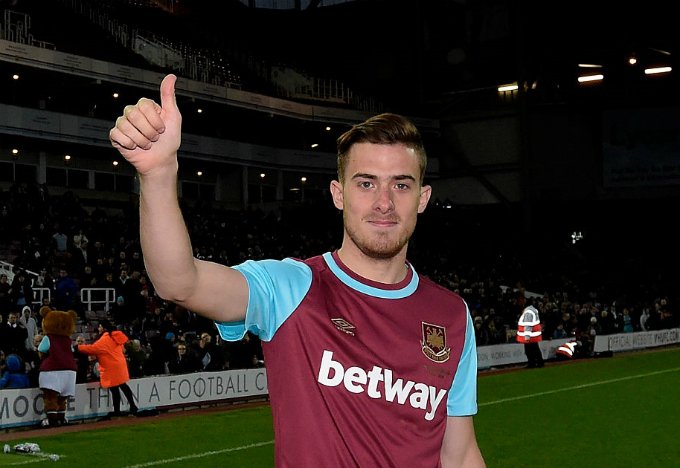 Former Hammer Toni Martinez has posted on Twitter ahead of what could be his Champions League debut on Wednesday night for FC Porto alongside loanee Felipe Anderson.

The  Academy striker was released last year by the Hammers joining FC Famalicao on a free transfer.

Martinez has impressed at the Portuguese club, scoring 14 goals in 39 games along with six assists.

And the 23-year-old’s efforts landed him a place at the nation’s biggest club, FC Porto.

The Spanish frontman was signed by the Hammers in April 2016 from Valencia for a fee believed to be £2.4million. Valencia allowed Martinez to train with his new teammates from April onwards to settle into life in England, rather than wait until the summer for pre-season training.

Martinez hit the ground running when he started competitive matches, scoring on his Premier League 2 debut for the Hammers under-23s and would score seven goals in as many games in his first taste of English football.

Start supporting Claret and Hugh today Claret & Hugh’s team of creators work with passion and pride to bring you the quality of content that keeps you coming back for more. Support for our creators, however big or small, will help us keep your Hammers content fresh, frequent and loyal to the club. £5 per month £10 per month £20 per month £50 per year
A couple of injury setbacks followed but when he played, Martinez scored goals. He ended the season with 12 of them in 11 outings in the league and was instrumental as West Ham were promoted to division one of PL2, netting a brace in the final against Newcastle United at St James’ Park.

Martinez had a loan spell at Oxford United that season as well, finding the FA Cup to his liking as he netted twice for the U’s in that competition.

Across two seasons with the under-23s, Martinez netted an impressive 23 times in 29 games

Martinez appeared twice for the first team in the FA Cup ties against Shrewsbury Town.

Loan spells followed in his homeland at Valladolid, CD Lugo and Rayo Majadahonda before he was eventually released by the Hammers at the end of his contract  in May 2019 having deemed to have failed to make the grade.