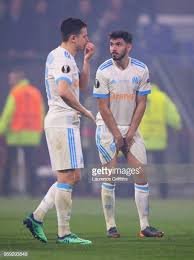 Marseille re reported to have slashed £10 million off Morgan Sanson’s with West Ham,  Tottenham and Newcastle believed to be interested.

According to Le10Sport  the Ligue 1 giants are under pressure to raise funds in order to avoid falling foul of Financial Fair Play regulations.

And the  uncertainty over whether seasons will finish across Europe, the French outfit could find themselves inin even greater anxiety over the next few months.

The signs are that one of Ligue 1’s most influential midfielders will be on his way. The Hammers were reported to have had a £33m bid lodged last summer.

ClaretandHugh says: With the break in action it seems the transfer gossip has started early but Sanson would undoubtedly be a prize asset were the Hammers be able to dig up the required figure reported now to to be at £23 million. However,with cash flows so restricted currently given the lack of action, who knows what will represent a bargain come the summer. We will also need to wait and see which division we are playing in before we get over excited about any potential transfer rumours. I have little doubt that we will maintain our Premier League status given the form we have shown over the last few games and believe that once again we will eventually be looking forward to one of those windows where everybody knows better than the manager who we should or should not be buying. And that is a joke!