Report: Benitez could walk away for free 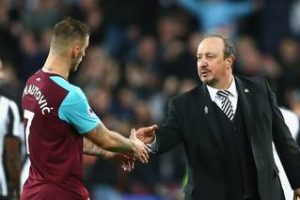 Rafa Benitez could walk away from Newcastle without paying his £6million severance penalty because his lawyers believe he has a case for constructive dismissal the Daily Mail claims.

The Mail says his camp are not denying an interest in the West Ham position but it is also thought their preference is to negotiate the best terms to see Newcastle compete in the top half of the Premier League next season.

Benitez could be liable to pay £6million severance penalty however his representatives believe that Mike Ashley has failed to keep promises made to the manager and could argue Benitez was left with no choice but to walk away from the deal, which has 12 months to run.
The Mail claims that Mike Ashley is ready to give Benitez a promise of a £50m transfer kitty this summer plus the proceeds of sales of any outgoing players but the Spaniard representatives are said to also want £8m per year for their client. Local Newcastle press say that ‘Newcastle United’s contract talks with Rafa Benitez have reached a critical stage’
Permalink

4 comments on “Report: Benitez could walk away for free”