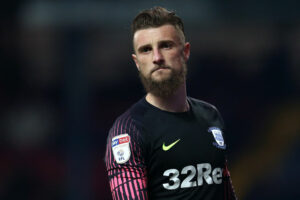 Preston North End may need to replace Rudd soon as the 28-year-old is out of contract at the end of the season, and whilst he has been spoken to about a new deal, there hasn’t been much movement on that in recent times.

Preston is at risk of losing Rudd and West Ham are said eyeing a  move for the shot-stopper after suffering injuries to Fabianksi with a lack of confidence in Roberto and David Martin.

West Ham’s move for Darren Randolph is on hold due to his current hip injury and the report suggests David Moyes is looking at alternatives to the Middlesbrough stopper, with Rudd allegedly one option.

Moyes is well connected at Preston having been a player and starting his management career there.

He previously signed Jordon Hugill for £9m from Preston North End during his first six-month spell managing the Hammers.