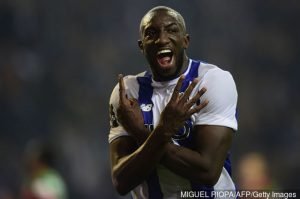 The report seems to be based on comments made by Sky Sports reporter Kaveh Solhekol a few days ago who said: “West Ham have spent quite a lot of money under their new manager Manuel Pellegrini and they still want to spend more money, Our information is they have held talks over signing Porto striker Moussa Marega. He scored 23 times last season to help Porto win the Portuguese title. The Portuguese club are looking for around £22million.”

The Portuguese press has linked Msrega with a whole host of Premier League clubs including West Ham this summer but has recently said that FC Porto will not budge below his €40m (£35.5m) release clause and they are not interested in negotiating a deal below that amount.

At the £35,5m price tag a Summer transfer unlikely although they is said to be real interest. Pellegrini is said to be keen to keep both Mark Arnautovic and Javier Hernandez at West Ham as his two main strikers and is looking for a backup striker to replace Jordan Hugill who is expected to be loaned out or sold. Andy Carroll is expected to return once again from injury in November.

Angel Romero who has scored 5 goals in 3 days for Cortitians since switching to a striker role continues to be linked with a move to the West Ham.

One comment on “Report: €40m Porto striker linked with Hammers”