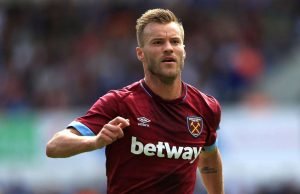 According to the printed edition of The Sunday Mirror David Moyes is willing to send Andriy Yarmolenko out on loan in the January transfer window.

It has been reported that West Ham will listen to offers for the 30-year-old, who can operate as a forward or as a winger.

The Ukraine international is sidelined at the moment with a thigh injury and has been undergoing injections, but it is claimed he should return to action before the end of the January transfer window. The report has added that Yarmolenko’s name has been circulated among clubs as being “up for grabs”.

Yarmolenko joined West Ham from Borussia Dortmund for a transfer fee reported to be £18m in the summer of 2018.

The 30-year-old scored two goals in 461 minutes in the Premier League last season, and has scored three goals and provided one assist in 829 minutes in the league so far this campaign.