Report: Hammer told he can go out on loan 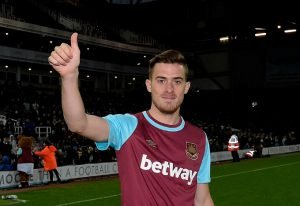 Dundee have been linked with a shock move for West Ham striker Toni Martinez claims the Dundee Evening Telegraph.

The 20-year-old forward, who was bought by the Hammers for around £2.4m from Valencia B in 2016, has been told by David Moyes that he is free to go out on loan for the remainder of the season.

The report claims Dee boss Neil McCann would look to bring the Spaniard in on loan as he looks to add more fire power to the Dark Blues’ front line. However, the Dens Park side face stiff competition in securing his services with several English Championship and League One sides also interested.

Martinez has only features a handful of times for West Ham this season. None of his appearances have come in the English Premier League. He started alongside Javier Hernandez in the 2-0 FA Cup defeat to Wigan on Saturday.