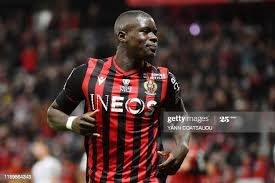 West Ham boss David Moyes is reported to be ahead in the race to sign central defensive free agent Malang Sarr this summer.

FC Inter News claimed last month that the Hammers are keen to sign the 21-year-old centre-back and ITK ExWHUemployee backed up those claims on the West Ham Way podcast.

Sarr will be free on the market on a free transfer deal this summer. Due to the Hammers having a bit of a nightmare financially, there won’t be many better options out there than the Frenchman for the east London squad.

Of course as always there’s a “catch” or an out as some media types like to describe it as there are claims that Arsenal and Newcastle  are keen to sign the 21-year-old as well.

The 21 year old certainly fits the Moyes age profile and has made a total of 102 appearances for Nice between 2016-20 along with 44 international appearances at between under 16 and under 21 level.

He was named as the captainof the 20-man France U18 squad by manager Bernard Diomède for the 2016 Limoges Tournament.[

And in 2018, he confirmed that he had been approached by the Senegalese Football Association to represent the nation but stated that he had hopes to achieve great things with France.

This sounds a realistic possibility for the Irons although there has been no official confirmation of interest from inside the club at this stage.

A source simply said: “The manager may well  be looking in these sort of areas in what is obviously going to be a tricky winter market

← Hammers linked with clients of favored agent
Dec on the fans: “The love, the support they give is incredible” →
Click Here for Comments >