Report: Hammers in raid for another Leeds star 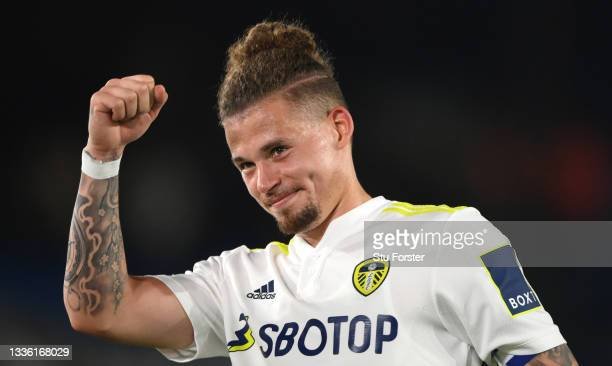 The London Evening Standard are reporting that the Hammers having launched a £50 million bid for Leeds midfielder Leeds United and England midfielder, Kalvin Phillips.

It follows an ambitious £50 million move for the player’s team-mate Raphinha knocked back as David Moyes bids to develop a Champions League squad but they remain difficult to comprehend at this stage of the game.

A striker and central defender have been the priority targets but Phillips is seen as a top addition. Manchester United have long tracked the 26-year-old.

He formed a fine partnership with Declan Rice at Euro 2020 as the Three Lions reached the final but is also a target for Manchester United and other top clubs.

The Standard is of course one of the few papers than can be trusted and if they claim Moyes wants to reunite the pair at the London Stadium then it’s believable.

However, Phillips could be seen as a long term replacement for Rice, who is valued at more than £100million and that’s a worry.

ClaretandHugh says: First Raphina, now Phillips! The cynic is me asks why we would be looking at players who COULD be seen as replacements for Declan and Jarrod Bowen. At this stage of the game one would have thought we would be looking at reinforcements to COVER positions. Neither of these two would be interested in coming in as backups to the likes of the captain, Jarrod or indeed Tomas so it may all be a tad worrying if we start to over analyse. Had it been any other ‘paper I’d have laughed it off but the is the Standard which is particularly well connected wit Moyes and the club. This sort of report is bound to start some hares running in ten minds of some of us.

5 comments on “Report: Hammers in raid for another Leeds star”