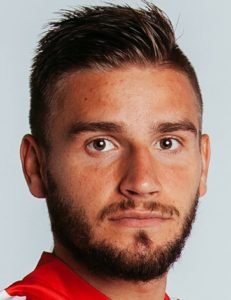 The Hammers and Brighton are reportedly competing for the signature of  Portu after his side were relegated from la Liga with Girona.

Christian Portugues Manzanera, – otherwise known as  ‘Portu’, was a breath of fresh air during a terrible season for the Catalan club.

The striker also hit the back of the net on 11 occasions in 2017/18 as Girona had an impressive first season in the top Spanish league.

Thre has been no confrmation of the Hammers reported interest but he could provide back up to Arnautovic and Antonio along with perhaps Rondon or Mitrovic.

← Poll: How much should Hammers bid for Andre Gomes?
Hammers youngster plays part in surprise win →
Click Here for Comments >