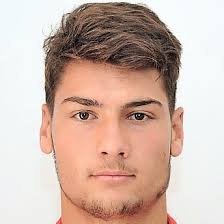 According to a report from The Sun on Sunday West Ham  have invited Dinamo goalkeeper Stefan Brian Fara for talks ahead of a potential January move for the youngster.

The 18 year old has yet to make his debut for the first team of Romanian club Dinamo but has attracted interest from East London after being scouted locally.

The teenager was born in Dublin, Ireland and therefore qualifies for the Republic of Ireland but plays for the Romanian U19’s  side currently.

Joseph Anang is coming through the ranks whilst Nathan Trott is out on loan at AFC Wimbledon, but West Ham appears to be on the look out for another youth keeper to create competition as they look to produce a keeper from their Academy for the future.