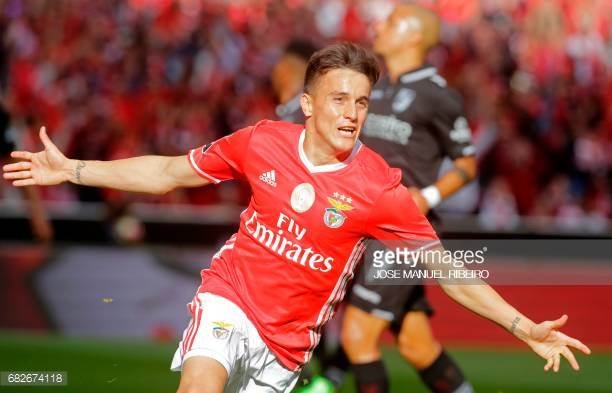 West Ham are tonight claimed to be one of four sides interested in in signing Benfica winger Franco Cervi.

I know it’s only The Sun reporting it but they seem pretty well convinced that ourselves, Brighton, Newcastle and Swansea are all tracking the £20million-rated Argentine.

Cervi is enjoying a decent season with the Portuguese club but like most would love a move to the Premier League where, quite apart from anything else the, the wages are are around 40 per cent higher!

The 23-year-old began his career at Rosario Central in his homeland before joining Benfica two years ago and is contracted to the club until 2022.

He has been a near regular starter and was linked to a move to Bundesliga outfit Borussia Dortmund last year having played Champions League football.

Whilest there may be a kernel of fact in the story i would make more sense if he were right sided – where we have problems – rather than left.