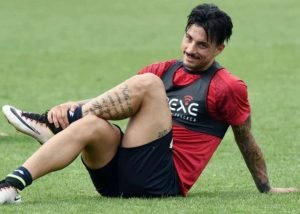 Izzo joined Genoa from Serie B side Avellino in 2014 after beginning his career with hometown club Napoli. The 26-year-old’s performances this season have seen him linked with a number of Serie A clubs despite his current deal running until 2022.

“It was a hard year, a year in which I suffered a lot,” wrote Izzo on Facebook after the result of the appeal was published last year. “But I was never afraid, I have always been confident in my honesty and I have never stopped fighting for the truth.”